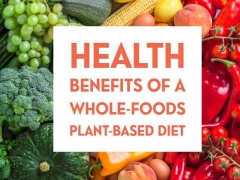 Blake West telling his story on a podcast: EPISODE 61 Blake West about his WPBD and MG

In 2017, I got a phone call from a stranger saying that Doris was in a car accident. It turns out she blacked out and rear-ended a truck coming only a few feet from the truck bed entering the car and crushing her. She woke up with her hands still on the wheel of the car. Such is the life of one of the 200,000 people in the USA who have Myasthenia Gravis.

I know Mysathenia Gravis up close and personal. In the year 2000, my wife came home from the eye doctor with some shocking news: he wanted my wife to be checked for a rare autoimmune disease called Myasthenia Gravis. It causes fatigue, droopy eyes, and can cause blackouts.

We panicked at first. Was this a fatal disease? Is this curable? The answer was that in most cases it was not fatal and we did everything necessary including major chest surgery to try and relieve the symptoms.

But many years later, I think there is a way to stop Myasthenia Gravis in its tracks. And it came through my own experience with heart disease.

Just over 5 years I landed in the emergency room at 53 years old with all the symptoms of heart disease. I went to my doctor and he said that my heart disease was genetic and I really couldn’t do anything about it.

I decided to not believe him and do my own research on the subject. I came across Dr. Esselstyn’s book on reversing heart disease and the documentary Forks Over Knives and changed my diet cold turkey.

Fast forward five years and I’ve been heart disease-free, allergy free, and my arthritis has all but disappeared. I feel as if I was my brain was put inside the body of a 28-year-old. My story was written up on the Forks Over Knives website entitled “Breaking the Family Cycle of Heart Disease With Diet, Not Drugs.”

Obviously I was told that my heart disease, arthritis, and allergies were genetic but I have cured them all – all with a plant-based diet.

What people do not know about the Whole Plant Based Diet are two things:

I answer these in reverse order. The diet came by discovering 5 “blue zones” at round the world in which the populations had no signs of chronic diseases including heart disease, cancer, Alzheimers, diabetes. The thing they all had in common was that their diets were almost identical in that they only ate whole plant based foods. Here are the five blue zones:

(Sad note: Okinawans are starting to get disease and die earlier as they have begun to shift to a more unhealthy western diet.)

Here is what they DIDN’T eat:

What they did eat:

It turns out that they were eating what the body evolved to eat: whole plant based foods. Three million years of evolution pointed to beings that were plant eaters and not meat eaters. In fact, for most of our history, we WERE meat for other animals.

For the last 5 years, I have been desperately scouring the internet for cases of people with MG that switched to a whole-plant based diet. And it was not until 2019 that I found two cases. I found them during a video from Mic the Vegan who advocates for a whole plant-based vegan diet and he talked about how it can reverse chronic immune diseases like muscular sclerosis. I went searching on the internet and found two cases – one in Canada and one in Australia.

One was in the form of an audio interview that all MG patients should listen to.

Things are changing. Although the “official” MG dietary recommendations suggest pointing yourself in a “better” direction, other websites are starting to recommend a much more plant abased diet. Take this website for instance which has the following recommendations:

I recommend the following dietary changes for myasthenia gravis and all other autoimmune diseases:

My doctor told me my heart disease was genetic. I reversed it with a whole plant based diet. Obvisoulsy he was wrong. Doctors are taught almost nothing about Myasthenia Gravis and even less about a healthy diet. Luckily this is changing.

The number of plant-based doctors is growing rapidly in the last few years. There is even a website to find them nationwide here in the United States: https://www.plantbaseddoctors.org. Some of these doctors will not even accept you as a patient if you are not on a whole plant based diet. Their motive? They say they don’t treat people who purposely cause their own problems.

Many people think that eating “mostly” healthy can be really healthy. The truth is, it only works if you go all in. Take vegetarians and vegans. Vegetarians and vegans both die of heart disease and other chronic illnesses because they both can eat processed foods like sugar, white rice, white flour and the worst of the worst: oils. Vegan diets include doritos, doughnuts, and coca-cola.

The biggest problem that faces we whole plant-based dieters is veganism. Many vegans have sold veganism to cure disease when the truth is that only a whole plant based vegan diet has been proven to reverse chronic disease. In fact, it is the only diet to have done so in real clinical trials.

And with many young YouTubers who never read websites like http://www.nutritionfacts.org and simply try things on their own without thorough research, inevitably they fail and then state that ALL plant diets don’t work. This is not true. What is true is who are you going to believe: your co-worker, uncle, YouTuber, or science and clinical trials?

A perfect example of how veganism doesn’t reverse disease is the case of my friend, Valerie Wyatt. She read my story in Forks over Knives and it all made sense to her. Her mother had diabetes for 15 years and tried everything – including veganism. And nothing worked.

Valerie, her mother, and daughter all went on an WPBD and they all had amazing results. And Valerie’s mother cured her diabetes. It must be 100% and all whole plant based. Our bodies evolved for that diet.

Here are some famous people on a whole plant based diet:

The best example of reversing MG on a whole plant-based diet comes from comes from the Corrine Nijjer Podcast, episode 61 entitled: Episode 61 A Diagnosis Of Myasthenia Gravis Left This Man Unable To Drive. In it, Corrine talks to Blake West from Australia who talks about his struggle with MG which is extremely similar to my wife’s story.

A great way to hear his story is from Blake himself on the podcast: EPISODE 61 Blake West about his WPBD and MG

Why WPBD Works for MG

We have scientific proof that whole plant based diets can reverse chronic disease including those that have to do with the immune system. Why does a WPBD work for MG?

Diet is the number one killer in the world now ahead of smoking. 20 years ago, my wife was diagnosed with MG and there were only 30,000 cases. Now there are 200,000. Why? The increase of ALL chronic disease is directly linked to our bad diets.

It isn’t hormones or pesticides, or genetically modifed foods. It isn’t this plant or that nut or because we don’t eat kale. It is our entire diet that is rotten.

And when people with MG eat the SAD diet (Standard American Diet – aply named), their bodies reacts with their autoimmune system attacking its neural receptors. Others get heart disease. Others, cancer. Others diabetes. And still others MG.

The best we can do is to eat a 100% whole plant based diet. It has stopped auto immune disease in its tracks and MG should be no different.

So try it. Two people I know with MG have and they have cured themselves. (One I don’t yet have permission to share their story). WPBD is the only diet clinically proven to reverse chronic disease.

The problem is one of bad information. Doctors are taught 30 minutes about diet and healing in school. They simply were trained to cure symptoms, not treat the cause.

Everyone on MG should witch to this diet. You have everything to gain and nothing to lose.

Luckily, there are great resources today to easily change to an WPBD. Websites and even frozen meals sent to your home. Here are the best rescourses out there in order: