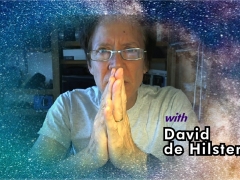 The parallels between the political revolution and the science revolution are stunning. The big difference is that politically progressive thinkers are not aware of the fact that big money has corrupted physics and cosmology to the core.

After seeing progressive voices go from nothing to thousands, to tens of thousands, hundreds of thousands of subscribers on YouTube, I decided to start my own channel with the same intention: to provide a voice against the powerful mainstream. But this time it is science. My YouTube is less than a year old and

Since then I have worked on getting more critical thinking voices in the area of science to join in. We now have 4 channels with more on the way.

Now we have The Particle Guru, Nick of Time, and Jeff Yee and his Particles of the Universe. Soon we will add Dr. Glenn Borchardt The Infinity Guru.

, my father, talks about our model for the universe only using Newton’s laws and requiring EVERYTHING to be physical. He and I are writing a book on the subject.

is by Nick Percival from Harvard who spent over 20 years fighting for the truth about Einstein’s relativity with the Einstein Institute in Germany. They are required by law to answer all questions and Nick is relentless. Alas poor Albert, things are not all well in Relativity land.

The Particles of the Universe is a fantastic simplification of today’s standard particle model. Created by Jeff Yee, this model simplifies and unifies today’s 19 free variables to a set of 4 or 5 constants.

The Infinity Guru, Dr. Glenn Borchardt will be coming on line in the early 2018 talking about his favorite subject. He also is a “aetherist” and has a very interesting model based on the Infinite Universe Theory.

Here is the text to my trailer to my YouTube Channel:

“If you are science lover like me, but don’t exactly buy what theoretical physics and cosmologists are telling you, then this is the channel for you! There are thousands and thousands of scientists, professors, and layman like you who have been working outside the mainstream for decades finding out what is wrong with current theory, fixing the problems, and proposing new models. These are the Galileos, the Copernicus’, and Newtons of our time. Many of them have PHDs and degrees from universities such as MIT, Stanford, and other prestigious universities, and some of them are regular people just like you and me. On this channel, you will learn what these “critical thinkers” think of current theory, what they find wrong with it, and what exciting new models are being made today. I will be reviewing books, talking about interesting subjects, and interviewing the new scientists who may just become household names in the future. So if you fancy yourself a critical thinker and would like to get back to real science, this channel is for you! And remember, to take my word for it, watch this channel and make up your own mind! And as I always say: stay critical, stay thinking. I’m David de Hilster, your science therapist: tchau for now!”

The Aquatic Ape - Presenting the Evidence with Mike Gimbel

Did our ancestors go thru an aquatic lifestyle period of evolution? Find out when David de Hilster interviews Mike Gimbel this Saturday on Dissident Science.

Disruptive: Rewriting the Rules of Physics with Steven Bryant

David de Hilster will be discussing whether or not Dark Matter is real or a fantasy. Much time and energy are spent by both dissidents and mainstream scientists trying to find this elusive "stuff". But David's question is: does it exist or are we looking for a ghost? Join him live this Saturday!

Big Problems with the Big Bang with Geroge Coyne

George just released the second edition of this book "Notfinity Process: Matter-in-Motion". And to mark this new edition he will talk about big problems with the Big Bang. For those who conceive of the Universe as having always existed in some form, the continual new estimates of how far back the Bi…

Gravity from Aether: WHY? with David de Hilster

David de Hilster has always thought it curious as to why modern day aetherists all try and describe gravity as a result of aether. Why is that? Is it because there is an truly logical answer? Or is it because aetherists are simply overapplying aether to everything because they are so in love with th…